7 Best Web Development Frameworks To Use in 2021 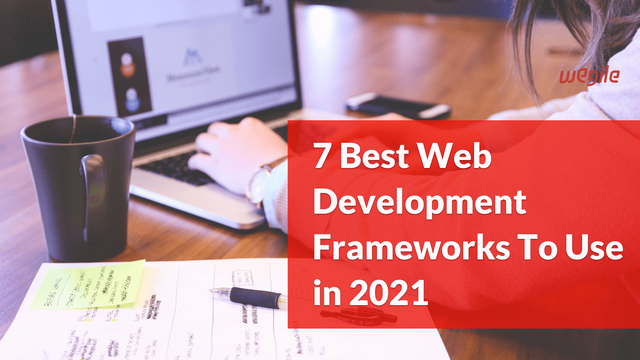 An online presence has become more vital for every business, whether small, average, or giant enterprises. However, with the comprehensive frameworks available in the market, it is pretty challenging to choose the right web development frameworks for the projects.

With the diverse inventory, there is a framework for each business. The pre-built framework not only saves time but also is built with tight security and scalability features. Thus, one can create a web app, web services, web API using a framework hassle-free.

The main motto is to increase flexibility and productivity by automating the web application. From PHP to Python, there are many frameworks available such as Laravel, Django, and many other robust backend frameworks in 2021 that will be a perfect pick.

Here are the top 7 web development frameworks to use:

The popularity of web development frameworks is multiple due to the number of organizations adding their business presence online. As a result, the demand for innovative, attractive, functional, and glitch-free apps is increasing.

Most frameworks are designed to allow web developers to get the web development process easier with having readymade — URL mapping, database access and management, caching, web templates, and authentication systems.

One of the most profitable features of a web development framework is designing the applications within the time frame, budget, and high security.